A common perception among tuners is that all bump steer is bad and zero bump steer is the idea scenario.  In reality it is a key tuning lever to deliver a predictable handling balance on a vehicle.  All  production cars have a combination of suspension understeer from compliance steer and/or bump steer.  A suspension system with no understeer will feel very responsive, maybe even too responsive for non-professional drivers.  Having a level of understeer in a suspension system delivers more intuitive handling and also improves high speed stability (reduces vehicle nervousness at high speed). 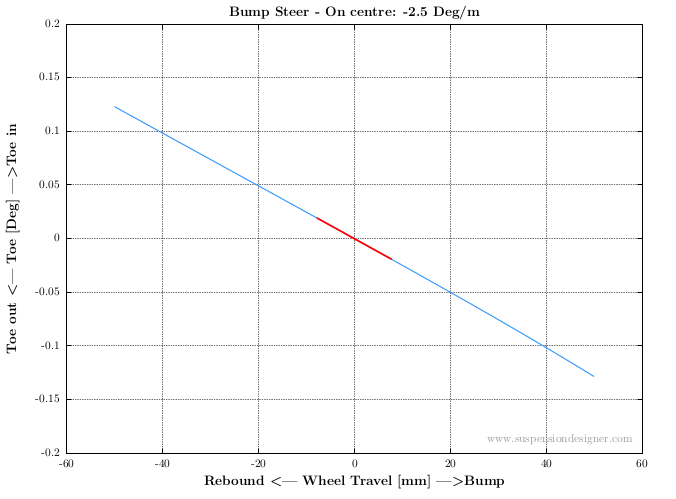